Ok, there was a mad monk. While Frank and Mikey arrived late to Puente de Reina, they found beds in the Refuge of the Fathers of the Crucifixion. As they had arrived after most pilgrims and found the rest of the 12 bed dorm empty, all seemed grand. I mean, 5€ each for a room to themselves!

Arriving back from dinner, they found a solitary shepherd’s crook and metal gourd leaning against the far wall. Weird, but time for bed.
Sometime in the middle of the night, the stomping  began. A very thin man in a loin cloth began pacing/stomping through the dorm room uttering something under his breath. Very weird, but Mikey can block out most things when exhausted.

Next morning, Frank and Mikey awoke to the mad monk praying aloud while clipping his toenails and crying. After about 8 minutes of this, we made a beeline for the door!

The Puente de Reina (11th century bridge commissioned by the then queen of Sain for easier pilgrim passage out of the town). 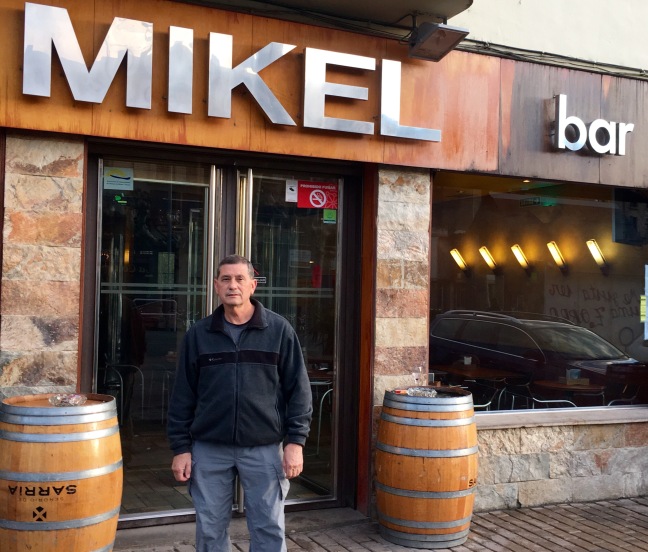 Frank swears that they are cleaning the second “L.” Still, with no food options, we had to dine elsewhere. 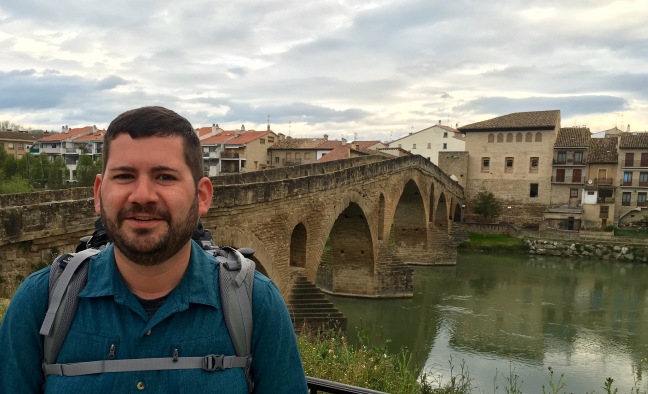 Rock walls and trees – really starting to see the Spain Mikey remembers from his time here.

Blue skies at long last. It is an amazing site: blue skies and green pastures as far as the eye can see.

The long and winding road. 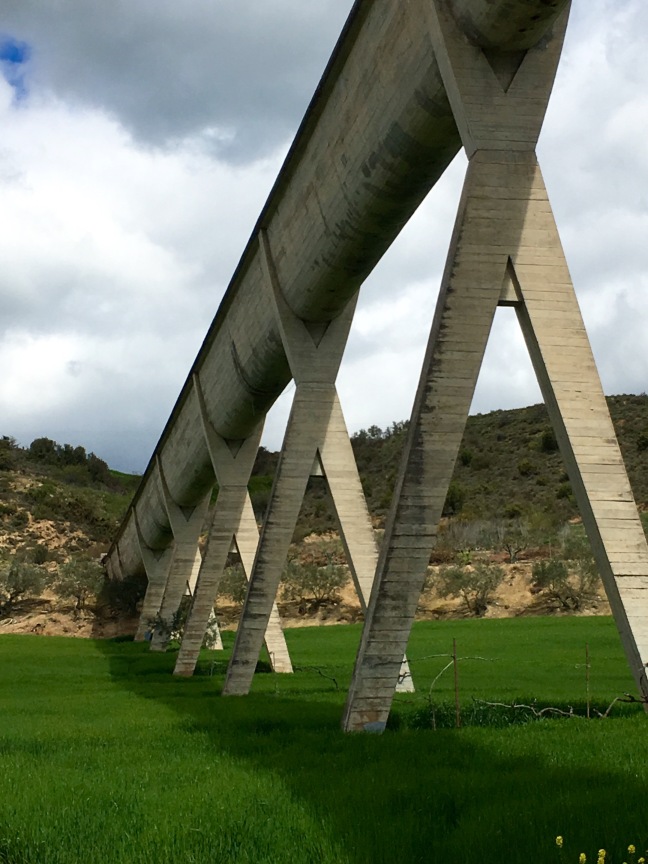 A nearby footbridge where we stopped for a bit. 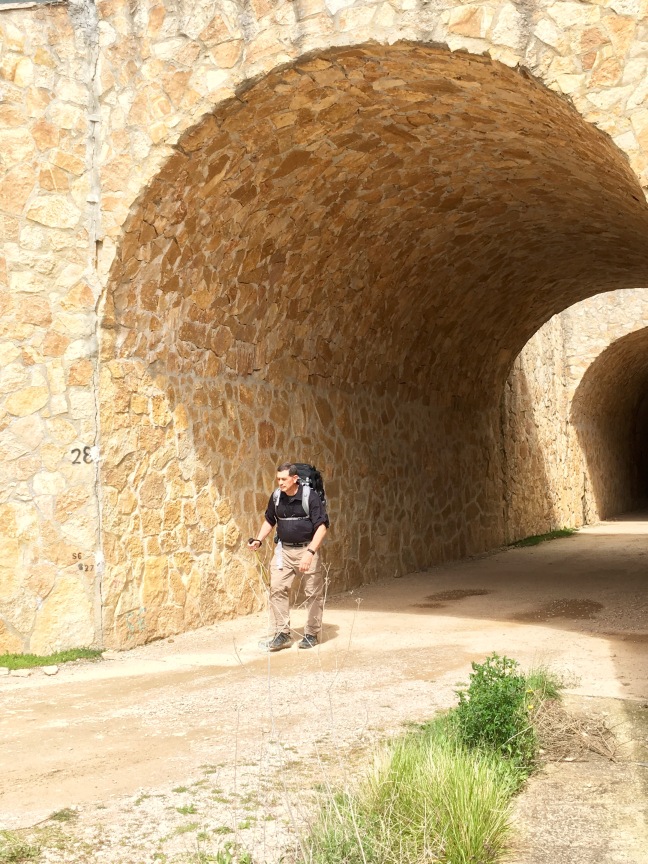 Frank tunneling under the highway.

The church in Lorca.

We stopped in for lunch at the Bodega Albegurge in Lorca – food tastes so much better when famished!

Entering the town of Villatuerta Puente. 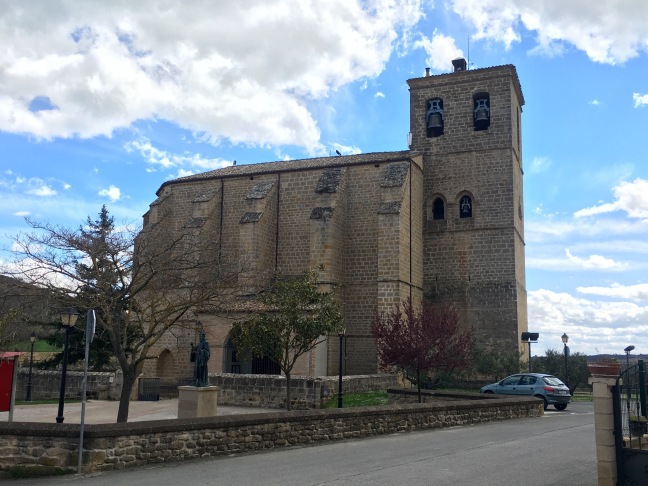 We assume that this is the Church of the Assumption 😉

As Mikey rounded the corner of a seemingly abandoned barn, two horses suddenly jumped up from the ground. We’re still not sure who had the bigger scare. 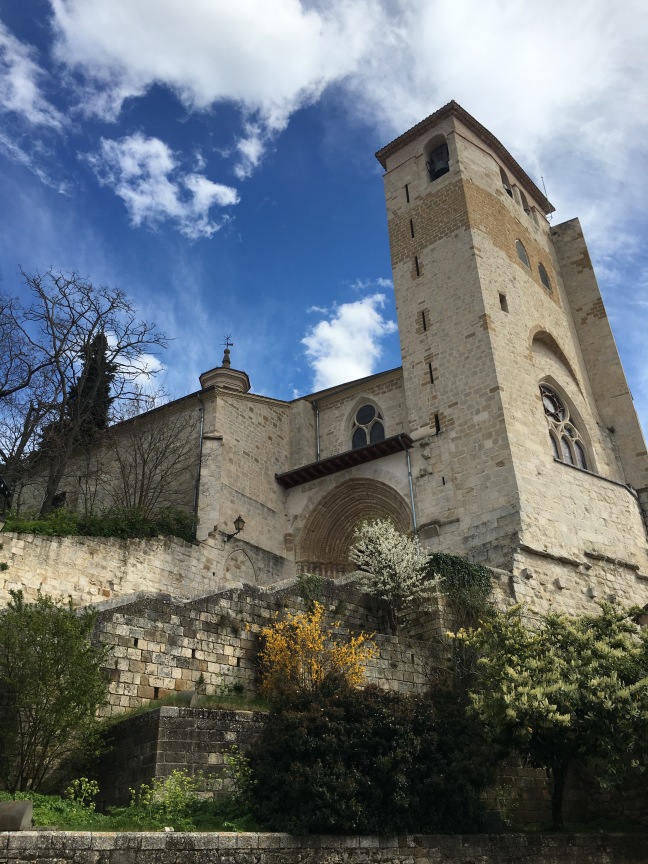 Iglesia de San Pedro de la Rúa in Estella.
We finally made it to Estella and checked into a private room at the Youth Hostel. Yes, Frank passed somehow!

Aside from the adjacent school group, a visit to urgent care, and Mikey and Frank’s parting of ways (briefly), it was an uneventful stay. But, more about that later. Mikey has to get on the road and find Frank! Adios.