We left Ponferrada in time to arrive in Villafranco de Bierzo by mid morning. After a quick tortilla de patata and coffee, we hit the streets for an abridged walking tour conducted by an overly caffeinated Mikey for the benefit of a shivering Frank. 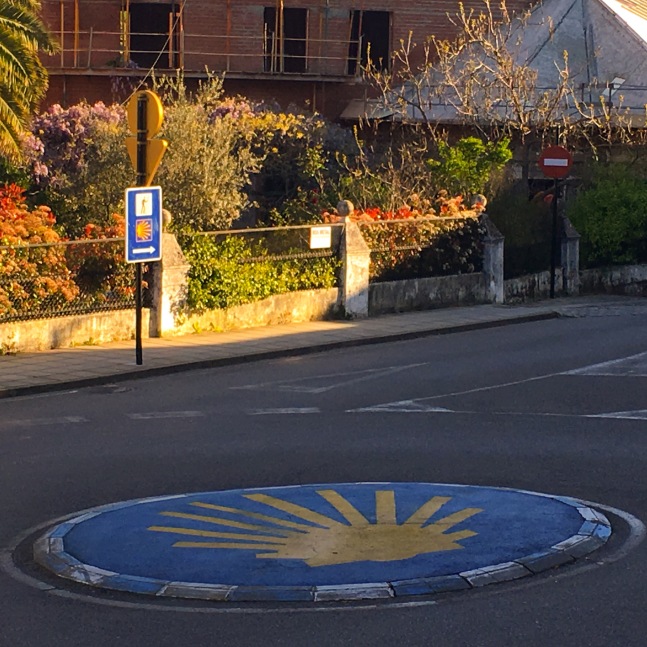 It’s a little hard to lose the Camino in this town! 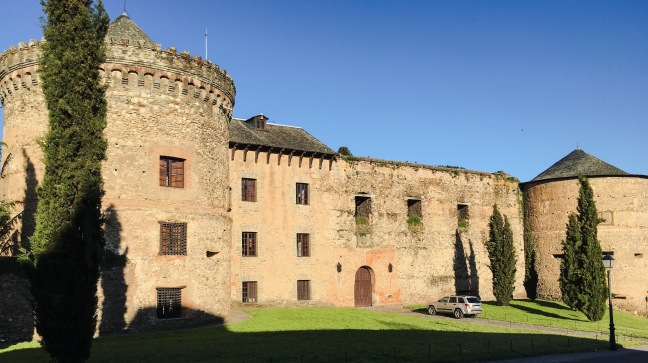 This is the imposing Castle/Palace of the Marquis which dates to the 15th century. 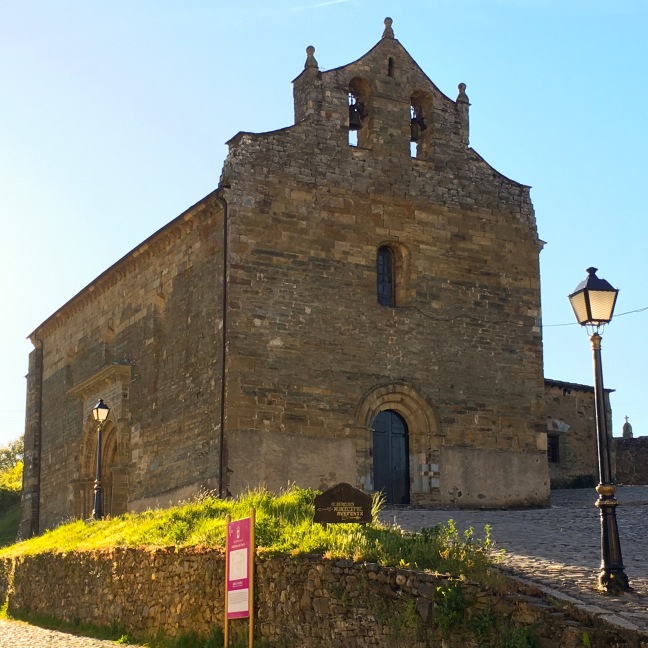 The 11th century romanesque Iglesia de Santiago is known for its Puerta de Perdon (Door of Forgiveness). Medieval pilgrims who could not continue to Santiago received absolution by passing through this church’s doors. We tried the door, but it was locked. Guess it’s on to Santiago, then. 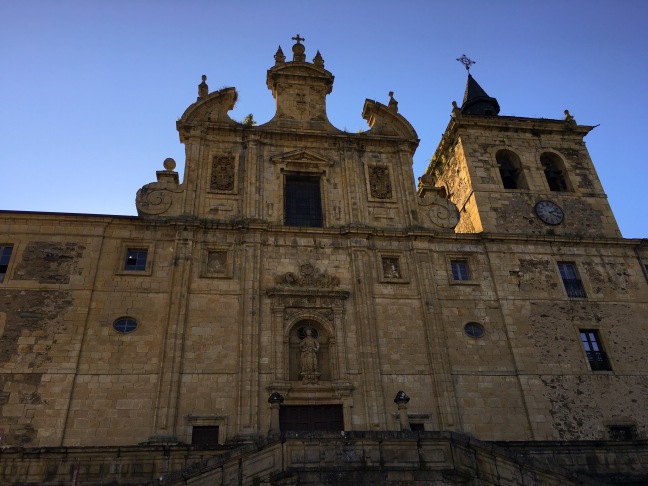 This convent was at one time a pilgrim hospital. 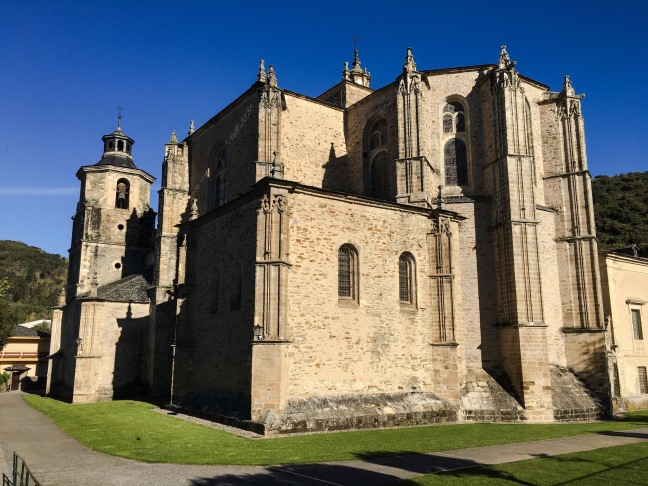 The Iglesia Colegiata is a 16th century church built on the ruins ofa 12th century monastery.

Frank really is happy to pose with a fellow pilgrim – he’s just freezing this morning! (Notice his gloves.) 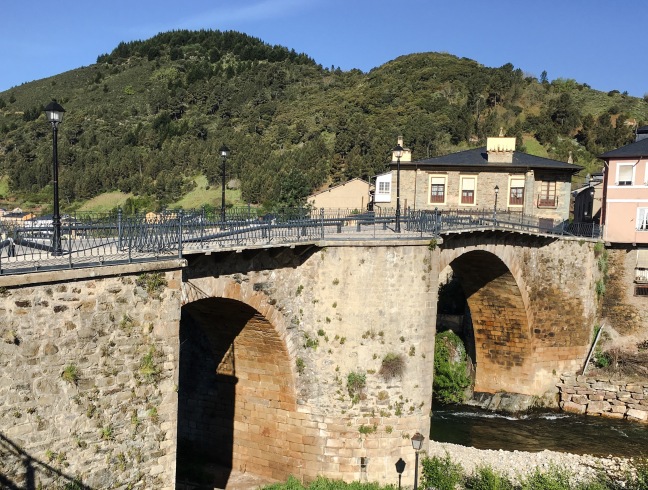 Yup, Villafranco has a pretty neat bridge, too. 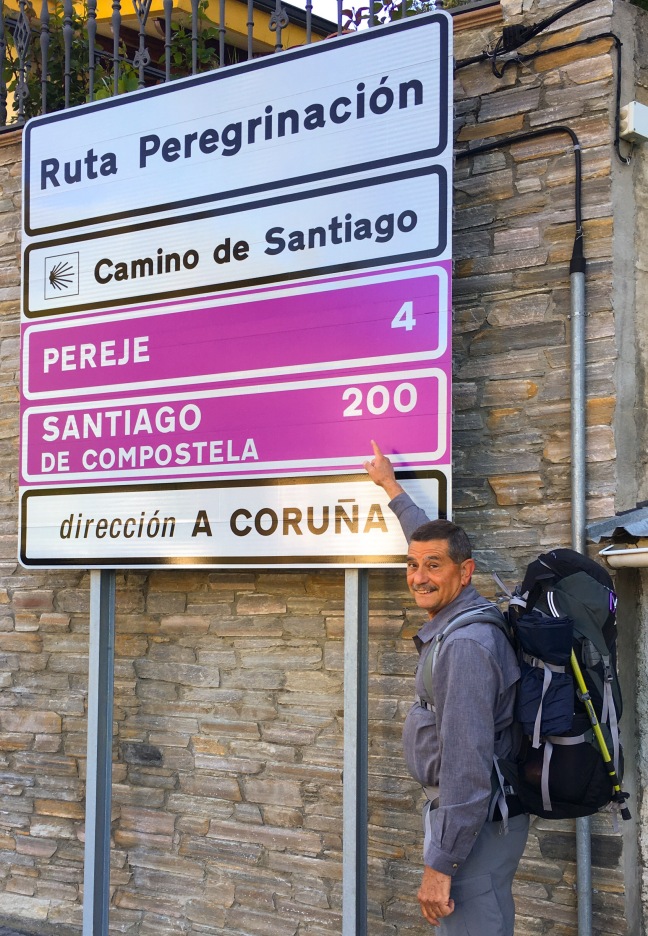 Only 200km to go?! This is probably the happiest we’ve seen Frank in a while. 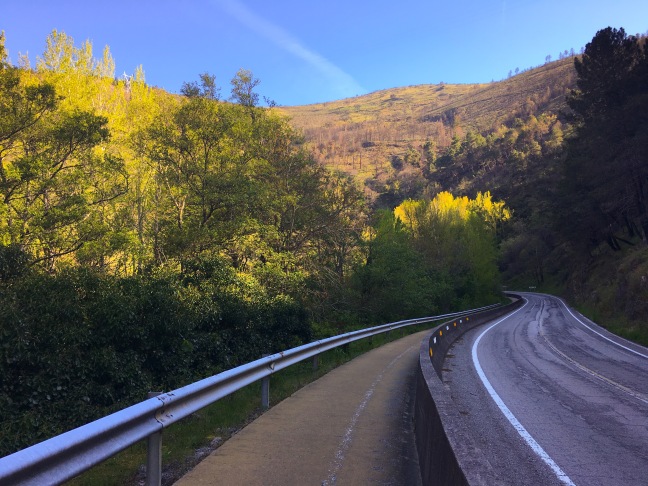 Today’s path through the mountains was very beautiful. Although we walked alongside the highway for quite some time, between the infrequent Sunday morning drivers, we were serenaded by a nearby river, various birds, and other peaceful nature sounds.

Still, upon entering a town we sometimes had the sneaky suspicion that we were being watched!

Away from the highway, we were often able to walk down the middle of smaller roads. 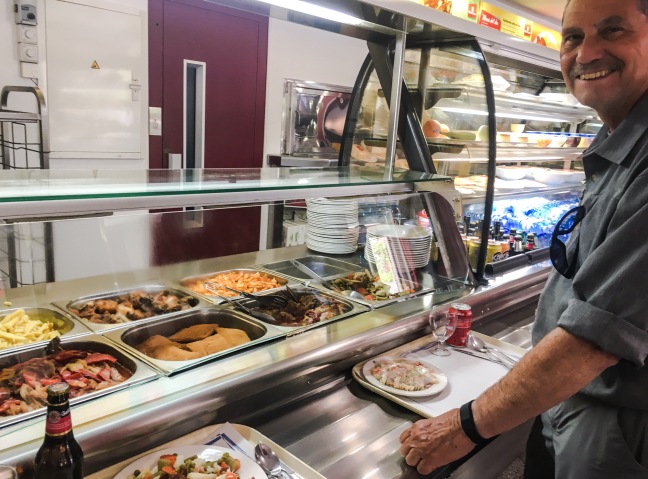 We even got to try out our first “Automat” cafeteria. It works much like a school lunchroom – one picks a 1st and 2nd plate then gets a drink, bread, and dessert. 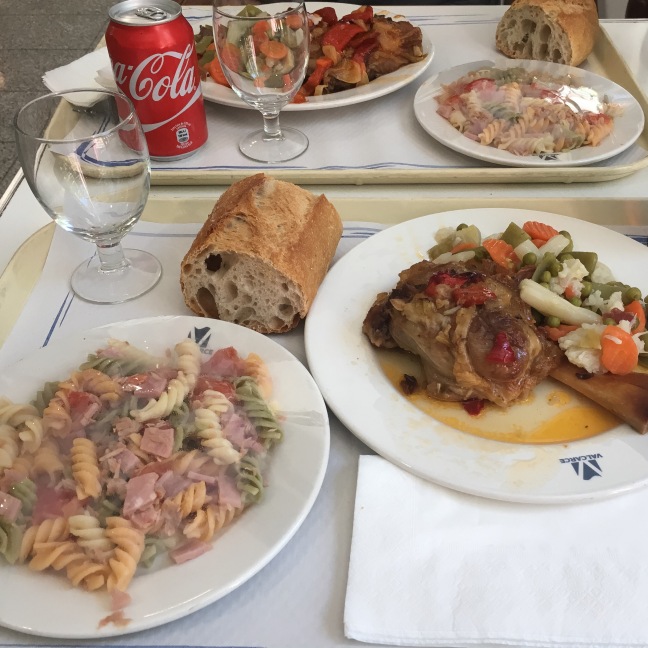 This style of dining is often found at Spanish truckstops. In fact, we stumbled upon this one at said stop while walking down the highway.

But, here’s the crazy part: it was Mother’s Day in Spain and the place was packed. We wondered how American mothers would react to dinner at a truckstop on this special day!

Probably with this kind of look. Still, Mikey wished this mom a happy Mother’s Day. (And yes, according to Frank’s brief talk on animal husbandry, this cow qualifies.)

After a very long day, we arrived in the small hamlet of La Faba. Frank posed with a fellow pilgrim outside of an albergue run by a German Confraternity. As Helmut the hospitaller explained, volunteers like himself comit to a two week stint working in albergues along the Camino. They have normally walked at least some of the Camino and/or are involved with a religous order that supports the act of pilgrimage.

We’d better wrap this up for now as the Germans will most likely lock the albergue doors PROMPTLY at 10pm. Buenas noches.