At long last, we set out for our final day on the trail. Given our close proximity to Santiago, today was a short walk downhill into the city.

This is the skyline leaving our “Mountain of Joy.” Prominent on it is a monument celebrating Pope John Paul II’s visit in the 1980’s.

“Looks like we made it!” Some 5km later, we arrived in Santiago de Compestella. Our first stop was (naturally) the cathedral in front of which Frank is posing. 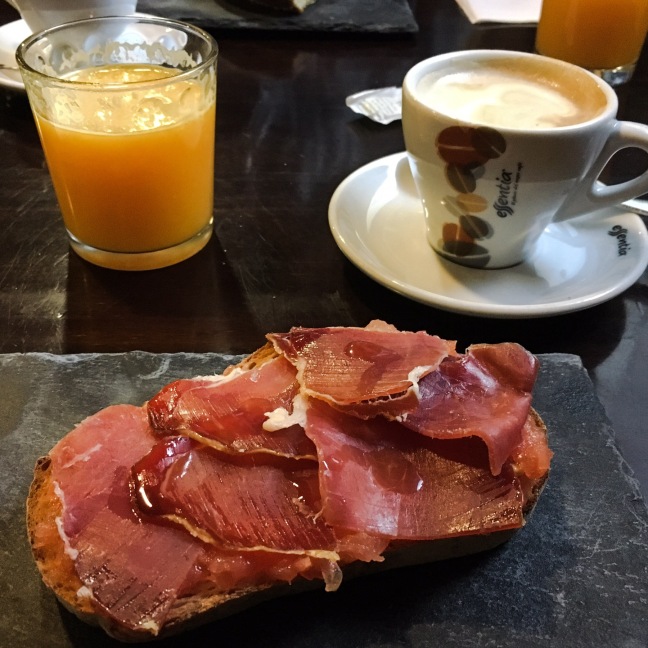 Then, it was on to a quick breakfast. Mikey has yet to tire of bread and pork, so he ordered toast with tomato and Iberian ham alongside his usual “cafe con leche” and fresh squeezed orange juice.

Frank imbibed our normal regimen of coffee and juice, but mixed it up a bit with a “Torta de Santiago.” This is basically an almond coffee cake with powdered sugar on top. A Saint James’ cross cutout is placed on top and creates a decorative relief.

Having arrived so early, we had plenty of time to explore the cathedral prior to the noon pilgrims’ mass.

Mikey had to pose in front of the main sanctuary.

This exterior statue depicts Saint James (one of the 12 disciples) in his usual pilgrim garb. It was in these cloaks that he spread the gospel in Galicia during the 1st century CE.

This is an interior statue within a small chapel depicting Santiago Matamoros. According to legend (and it is JUST a legend), during a 9th century battle with the Moors, St. James appeared on on a white horse and led the Spanish to completely slay their Muslim enemies. Ergo, our humble evangelist and disciple of Christ was transformed into a militant warrior who sided with the Spanish over the Moors.

Whomever James the Greater was, his remains are allegedly housed in this silver box beneath the altar. Mikey and Frank discussed their existence several times during our walk.

Basically, Mikey asked two questions: 1) are the remains of St. James actually preserved in a silver box below the altar? 2) Does it really matter to us?
We will probably never know the answer to the first question. As for the second, it is really a matter of perspective. But this voyage was never about Saint James or where his remains … remain. (Sorry, couldn’t help that pun.) How sad it would be to have our linchpin of success be so outside of our control! Rather, the pilgrimage was an excuse to take a walk together – as father and son. Yes, we made it; yes, we arrived in Santiago. But our success is demonstrated in our continued companionship – we still like each other! But think about it: who can say that he has walked a mile in his son’s shoes or 500 in his father’s? This is the true gift that the Camino bestowed on us.
Meanwhile, we got to explore a lot of Santiago and the cathedral especially.

Here’s the top secret photo that Mikey clandestinely snapped from behind the altar. Totally forbidden and totally awesome!
During the medieval period in which the Camino was most popular, the cathedral priests of Santiago devised an ingenious method through which they could fight the “pilgrim stench.” A large incense burner known as the Botafumeiro was lit and swung through the cathedral during part of the mass.

We were quite fortinate to witness this waning ritual at the noontime Sunday mass.

We also visited a Franciscan monastery that was nearby. 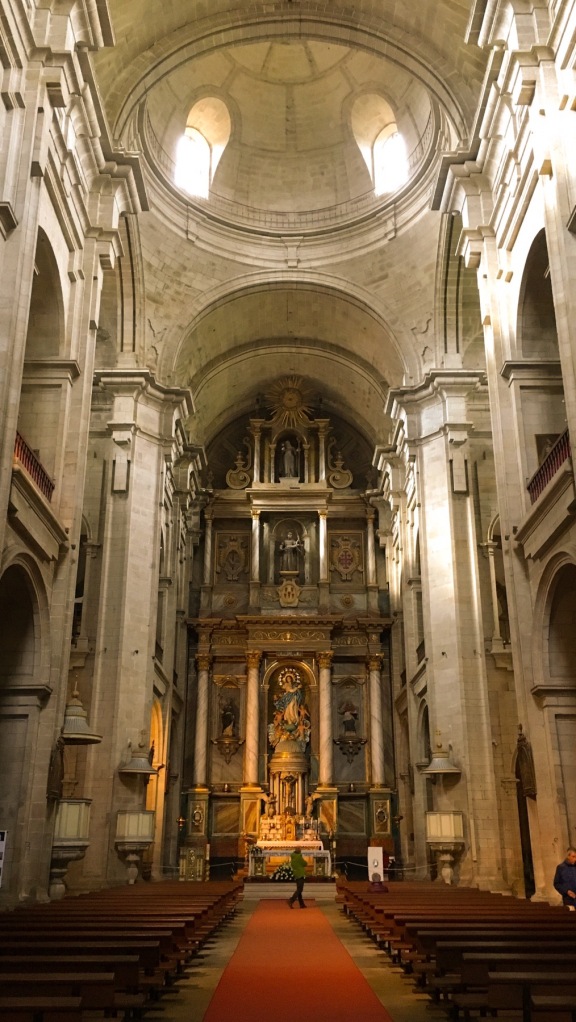 Its altar was surprisingly high. 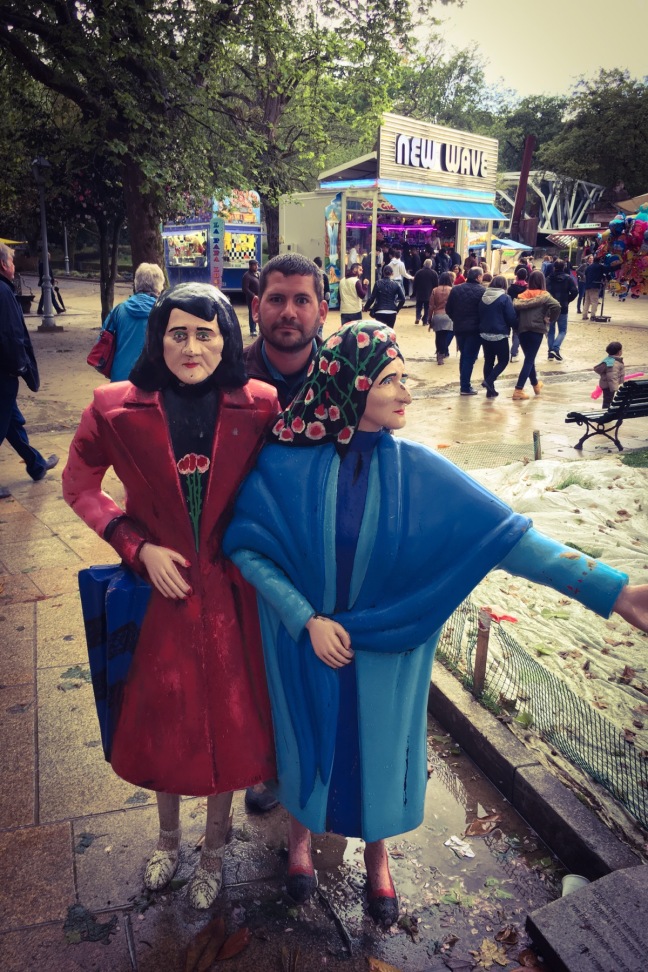 Mikey hanging with some locals. (Yes, Mikey is weird.)

Oh, and we had some great food! Santiago is home to a vibrant pincho/tapa culture in which one can sit at a bar and snack on many different types of food.

This was a VERY tasty octopus pincho with cheese and veggies on bread.
But that was just a starter. Come on, when you’re in Galicia, you gotta do seafood – right?! 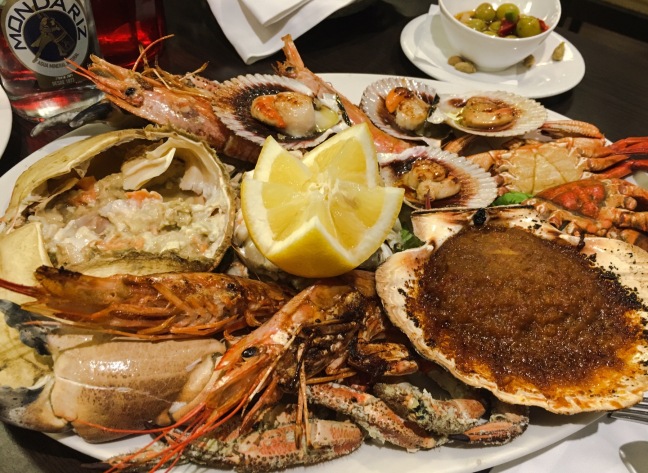 Yeah – we HAVE arrived!
Oh, and if you STILL don’t believe it, here’s our “honest-to-Catholic” proof:

So what now? Well, Mikey once told Frank that he’d walk to the end of the earth for him. Tomorrow will be that day.
We depart early in the morning for Fisterra (Finisterre) which is a derivative of the Latin “Finis Terrae” or End of the Earth. Yeah, that Mikey is true to his word! ¡Tchau!